The Carmen de los Mártires is one of the best known and most emblematic places in the city of Granada. Its history, its gardens and its privileged location fill this place with astounding charm.

Abades Catering can carry out its catering services and host events in this emblematic place of Granada’s geography. Let us to help you plan the wedding or event of your dreams!

If there is an event closely linked to the Carmen de los Mártires, it is Boabdil’s surrender to the Catholic Monarchs, since he left from the hill where it is located to hand over the city to them.

Queen Isabella, once she had conquered Granada, ordered the construction of the first chapel of Granada on the top of the hill, in commemoration of the feat. The area was known as the “camp of the captives” and later “of the martyrs” because it was where several dungeons were located where the Muslims had captured Christians.

Over the years, its owners began to embellish it with various gardens, lakes and fountains, until 1943, when it was declared a Site of Cultural Interest.

The Carmen de los Mártires, permits private and professional events both inside and outside the building.

Inside the enclosure we find a French garden with a spectacular wooded enclave of palms and orange trees. It also has an English style garden consisting of a palm grove with a fountain, dedicated to Philip II, and a Spanish garden with rose bushes and linden trees.

It also has a Nasrid patio, built last century, with a pond that imitates the Alhambra’s Patio de la Acequia, decorated with jasmines and Nasrid decoration.

The Carmen de los Mártires has become in recent times, a magical place to celebrate weddings and events in a natural environment of the city of Granada. 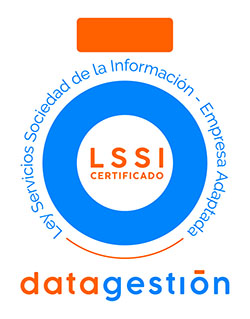